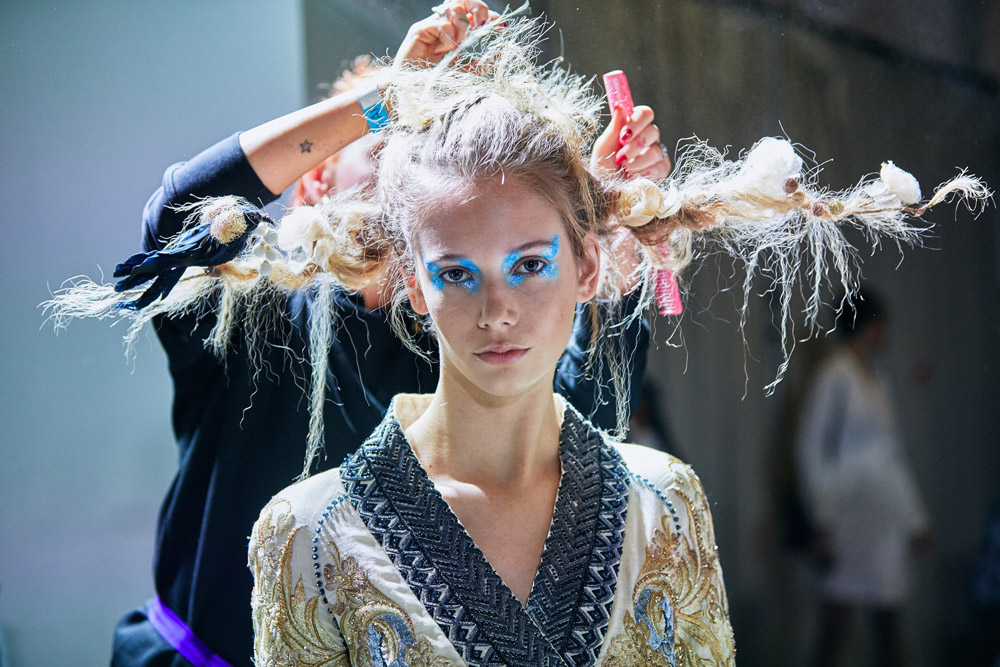 On November 1st, the Neville session team had the huge privilege of creating the hair look for Guo Pei’s first UK show.

The Chinese designer with whom we have had the pleasure of working for the past 6 years, showcased looks from her Autumn/ Winter 2019/20 collection at the spectacular Victoria and Albert museum in London.

The show not only celebrated Pei’s first UK catwalk but it also marked the 20th anniversary of museum’s Fashion in Motion Series.

The show, which was first presented during Paris Haute Couture Fashion week in July, took place inside the Raphael Gallery.